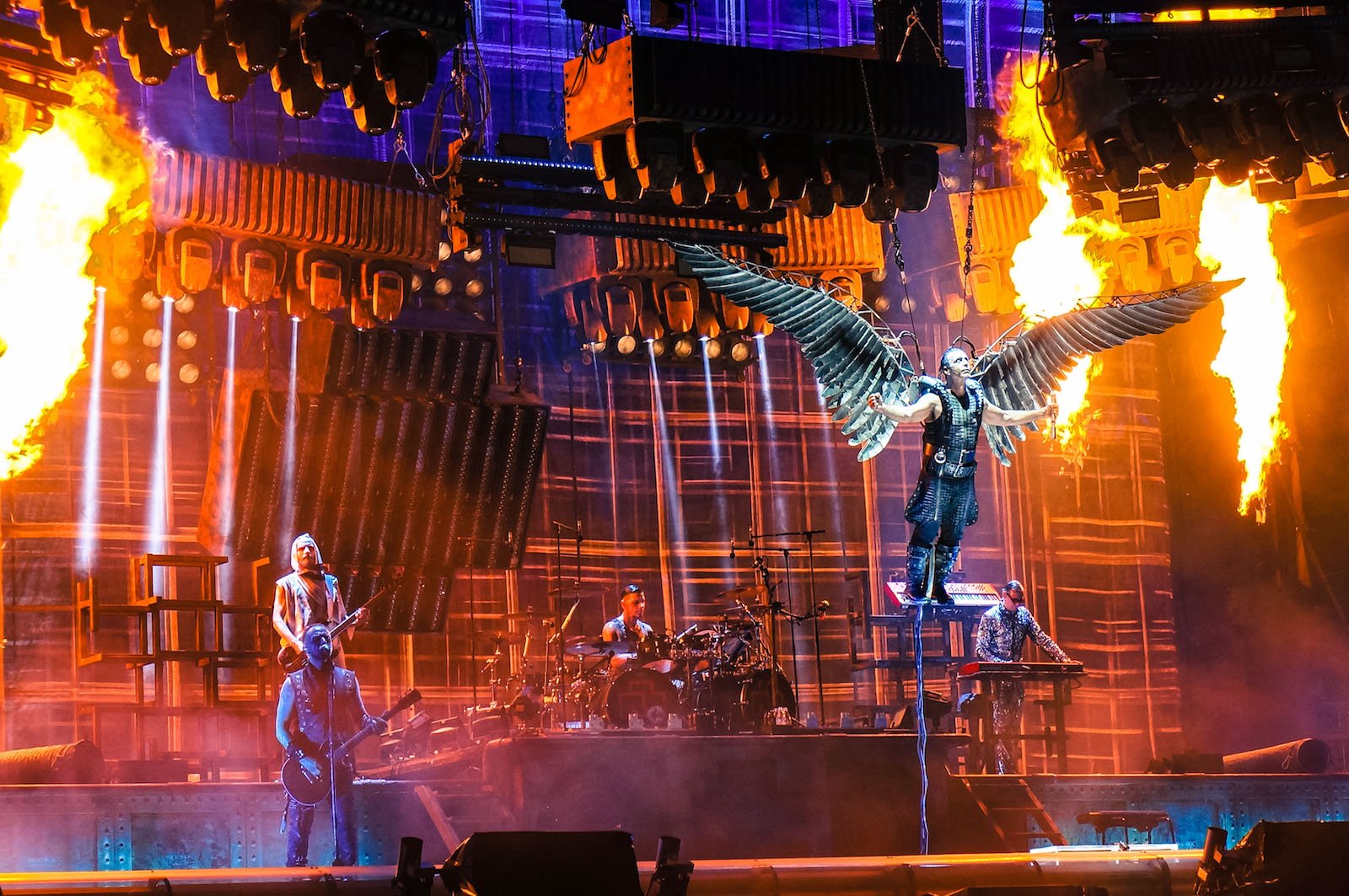 Ingrid and I recently had a chance to check an item off our acts to see live bucket list, Rammstein!  We traveled to Quebec City to catch the final 3 days of the massive Festival d’été de Québec.  The festival lasts 11 days over 10 stages and puts on a staggering 300 performances.  It’s speculated that approximately 90,000 people attended Rammstein’s performance as the final performance of the festival.  Given that the city’s population is just over half a million, the attendance was massive and no small undertaking to host.  Our hotel was approximately 800m from the main stage located at The Plains of Abraham (Old Quebec) and we were astounded at how easy it was to get in, out and around the festival and the surrounding areas.  If you have not been to this festival or Quebec City it’s not a bad idea to plan a trip to attend next year.  The great thing is that shows only run in the evenings so during the day you can explore this magnificent and very historic city.
The artist lineups for this festival are pretty stellar with acts like The Red Hot Chilli Peppers, Peter Gabriel and Sting this year and bands like The Rolling Stones, Metallica, Kanye West, Van Halen, Kiss and the Foo Fighters in previous years.  This year, was the second time in the festival’s history that Rammstein has played, but the first time headlining with the previous appearance being such a massive success.  Having just seen them, it’s clear now why the draw to see this band is so massive.

The pyro was out of this world.  I’ve seen fireworks at concerts and even a bit of fire, but the amount of ‘benzene’ required to keep up with the bands wanton use of massive fireballs and flamethrowers would be enough to fuel a 747 on a trans-atlantic flight.  It was an unbelievable show and I hope we get to experience it again soon.
Staying a couple of days extra after the festival was a great idea and really took the stress out trying to leave with all the other festival goers.  We were able to relax and explore some of the old city.  There are lots of restaurants, cafes and bars, my only advice is to do a bit of homework if you can as price is not an indicator of quality unfortunately or fortunately

depending on how you want to look at it.  Most places charge about the same, which if anything is a bit higher than average (compared to Toronto prices).  That being said we had a great time and even enjoyed a ghost tour on our last night!  Looking forward to see who will be on the lineup for 2017.